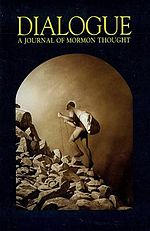 Editor Taylor Petrey takes listeners into the conversations on race and civil rights within the pages of Dialogue. Since its inception, Dialogue has bravely entered conversations and cultural moments with integrity, hope, and charity. Petrey’s narrative shows that these conversations occurred in five different acts, each with its own influence and context.

Note: The term “Negro” is used in the podcast when quoting historical reference to the term.

Act I: Breaking the Taboo

Other books and resources