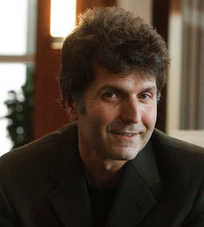 In this Dialogue podcast Don Bradley discusses “The 116 Lost Pages Re-Discovering the Book of Lehi.” From the Miller Eccles website:

From an early age, Don Bradley has been intrigued with Mormon history. As an 11 year-old, he visited the Hill Cumorah with his parents and went looking for his own set of sacred records. While his search was unsuccessful, it did inspire a life-long enthusiasm for the history of the Church. After being admitted to the graduate program at Utah State University, Don started researching the little-studied aspect of Mormon history, the 116 pages of the Book of Mormon text lost by Martin Harris. Don believes the actual number of lost pagesmay be greater than 116. The number 116 may be based on the number of pages the Small Plates of Nephi added to the Book of Mormon. The lost pages cover a time period from about 600 B.C. to about 130 B.C., almost half the period of the entire Book of Mormon. Don asks, “Why would the first half be so short?” Don has sought to discover the missing history through looking at internal messages, references in the current text to previous events not described in the small plates, but may have been mentioned in the missing pages. External references made by Joseph Smith regarding the Book of Mormon are also explored as clues to events that may have been included in the lost pages.