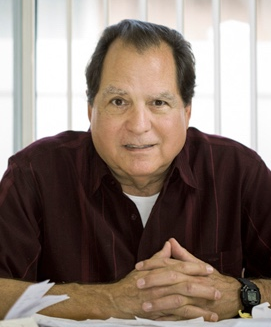 In this Dialogue podcast Michael Quinn discusses findings from his new book The Mormon Hierarchy: Wealth and Corporate Power. From the Miller Eccles website:

“The first two volumes of Dr. Quinn’s best-selling Mormon Hierarchy series were titled Origins of Power (1994) and Extensions of Power (1997). Now, after 20 years, the long-anticipated third volume of the trilogy, Wealth & Corporate Power, has arrived. Always an entertaining and well-informed speaker, Dr. Quinn’s presentation promises to be one you won’t want to miss.

Early in the twentieth century, it was possible for Latter-day Saints to engage in commercial activities primarily with businesses managed by their leaders or owned and controlled by the Church itself. For example, one could purchase engagement rings from Daynes Jewelry, honeymoon at the Hotel Utah, and venture off on the Union Pacific Railroad, all partially owned and run by apostles.

Families could buy clothes at Knight Woolen Mills. The husband might work at Big Indian Copper or Bullion-Beck, Gold Chain, or Iron King mining companies. The wife could shop at Utah Cereal Food and buy sugar supplied by Amalgamated or U and I Sugar, beef from Nevada Land and Livestock, and vegetables from the Growers Market. They might take their groceries home in parcels from Utah Bag Co. They probably read the Deseret News at home under a lamp plugged into a Utah Power and Light circuit. They could take out a loan from Zion’s Co-operative and insurance from Utah Home and Fire, all affiliated with the Church or its apostles.

The apostles had a long history of community involvement in financial enterprises to the benefit of the general membership and their own economic advantage. Later in the 20th century, however, the Church went through a period of financial struggle, leading to changes in the way the Church raised money and the way it conducted its business.

In his presentation, Dr. Quinn will discuss what he has learned in his many years of research into LDS Church finances during the period 1830 to 2010.”