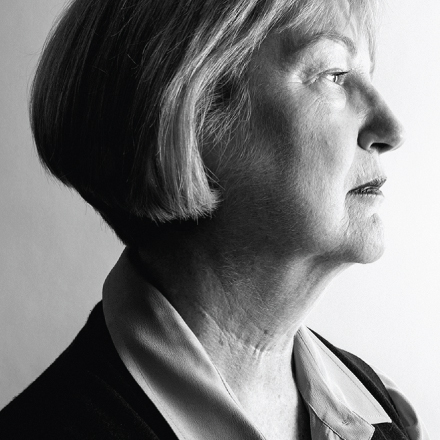 Christine Durham was the first-ever female Chief Justice of the Utah Supreme Court. In this Dialogue podcast she discusses how she has dealt with stereotyping and bias based on religion, from outsiders, and occasionally on gender and ideology, from insiders. From the Miller Eccles website:

“Christine Durham graduated from law school in 1971, when fewer than two percent of lawyers in the United States were female. She has spent a large part of her professional and personal life working on gender equality and trying to address the damage done in society by stereotypes and biases. As a Mormon woman, she has also dealt with stereotyping and bias based on religion, from outsiders, and occasionally on gender and ideology, from insiders. These challenges have motivated many national, local, and personal activities over the years addressing gender fairness, particularly in the law and the courts. Most recently, she has focused on the effects of implicit bias on our gender and racial divisions in this country, and how this can also affect our religious experience. She will discuss her own history and experience in the context of evolving understanding about how we make choices, and what we need to make better ones.

Justice Christine Durham has been on the Utah Supreme Court since 1982, and served as Chief Justice and Chair of the Utah Judicial Council from 2002 to 2012. She previously served on the state trial court after a number of years in private practice. She received her A.B. with honors from Wellesley College and a J.D. from Duke University, where she is an emeritus member of the Board of Trustees. She has served as president of the Conference of Chief Justices of the United States, and also as president of the American Bar Association’s Council on Legal Education and Admissions to the Bar, the entity that accredits American law schools. She is also a past president of the National Association of Women Judges, and was that organization’s Honoree of the Year in 1997. She was an adjunct professor for many years at the University of Utah College of Law, teaching state constitutional law, and served for twelve years on the Utah Constitutional Revision Commission. She has received honorary degrees from four Utah universities and has been recognized nationally for her work in judicial education and efforts to improve the administration of justice. In 2007 she received the William H. Rehnquist Award for Judicial Excellence; in 2008 she received the “Transparent Courthouse” Award for contributions to judicial accountability and administration from the Institute for the Advancement of the Legal System at the University of Denver.

Justice Durham has been married for 50 years to George (they met as college freshmen in Cambridge, MA). Her husband is a retired pediatrician now serving as a Stake Patriarch in Salt Lake City. They have five children and seven fabulous grandchildren. Christine has been a teacher and leader in the Young Women’s program, Sunday School and Relief Society, where she is currently assigned.”