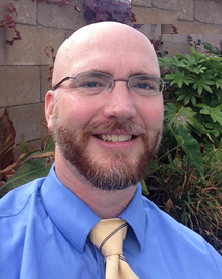 In the newest Dialogue podcast Matthew Garrrett, Professor of History at Bakersfield College and winner of the 2015 Juanita Brooks Prize in Mormon Studies, discusses his research on the Indian Student Placement Program sponsored by the Church and documented in his recent book, Making Lamanites: Mormons, Native Americans, and the Indian Student Placement Program, 1947-2000, published by The University of Utah Press.

Dr. Garrett will trace his adventures as a Native American history scholar meandering into the world of Mormon Studies, with special attention paid to the various perspectives and conflicts of both his own personal academic journey as well as those of the LDS Indian program he studied. From 1970s era protests over colonization, to conflicting views of Indian participants and church administrators, Professor Garrett will survey some of the past disputes that ultimately led to internal acrimony that destabilized, eroded, and finally terminated the LDS Indian programs. In navigating these controversial positions Professor Garrett seeks to contextualize and acknowledge the authenticity of conflicting perspectives and experiences that characterize Mormon-Indian relations and policy.

Matthew Garrett is a Professor of History at Bakersfield College and the winner of the 2015 Juanita Brooks Prize in Mormon Studies for his monograph Making Lamanites: Mormons, Native Americans, and the Indian Student Placement Program, 1947-2000. He has authored several articles in Native American history and currently serves on editorial boards for the Journal of Mormon Studies and the Bakersfield College student journal Roughneck Review.

Dr. Garrett now teaches United States and Native American history at Bakersfield College. Current research projects center in both Native American and Mormon history. He is a lifetime member of the LDS Church and has held various callings therein; he currently serves as gospel doctrine instructor. He is also a devoted husband to an impressive musician scholar. Together they are the proud parents of three precious little girls, one of whom was adopted through the LDS Family Services that once also managed the Indian Placement Program he has studied.