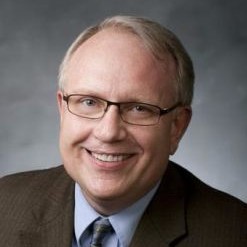 Editor Boyd J. Petersen spoke at a recent Miller Eccles group on “Landing Instructions How to Navigate (or Help Someone Navigating) a Faith Crisis.” Petersen is the Program Coordinator for Mormon Studies at Utah Valley University and the newly appointed editor of Dialogue: A Journal of Mormon Thought. He is also a prolific essayist who will draw from his book of essays titled Dead Wood and Rushing Water: Essays on Mormon Faith, Family and Culture.

THE TOPIC: Experiencing a faith crisis is a lot like experiencing turbulence on a airplane: one minute everything is fine, then things get bumpy, everything starts shaking; you’re diving, then climbing, bouncing back and forth; you feel helpless and out of control. Worst of all, unlike on a plane where seated next to you are fellow passengers white knuckledly gripping their seats like you are, in a faith crisis you often feel like you’re all alone. Usually airplane turbulence passes and things go back to normal. Conversely, after a faith crisis things typically don’t go back to what they were like before. You will likely never be the same. Going through this transformation—or watching someone you love go through it—isn’t easy, but it can lead to a deeper faith, a richer life, and greater communion with your traveling companions.

Never one to shy away from a challenge, Dr. Petersen has twice run for the Utah State House Assembly as a Democrat in a Utah Valley district that is overwhelmingly Republican.

Dr. Petersen is married to the former Zina Nibley, who teaches early British literature and language at BYU and is a daughter of Hugh Nibley. They have four children, Mary, Christian, Nathaniel and Andrew. The Petersen’s live in Orem, Utah. He is currently serving as a Gospel Doctrine teacher.