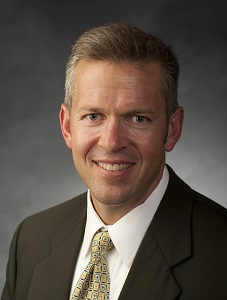 The 22nd Dialogue podcast features Eric D. Huntsman Professor of Ancient Scripture at BYU, Coordinator for Near Eastern Studies, Kennedy Center for International Studies, and Affiliated Faculty, Classics and Near Eastern Studies. In this engaging talk, Huntsman looks at “The Search for the ‘Real’ Jesus of Nazareth:The Jesus of Faith, History, and Revelation.”

From the Miller Eccles site: “Throughout most of the Christian era, believers based their understanding of the life and mission of Jesus Christ primarily on the canonical gospels and to a lesser extent on references to him elsewhere in the New Testament and upon church tradition. Beginning in the late eighteenth century, scholars began to apply source criticism, extra biblical texts, and the criteria of scientific history to the study of Jesus, spawning what has become known as Historical Jesus Studies. Since that time, the search for the historical Jesus has gone through three distinct phases or “quests.” Some people of faith have been suspicious of some of the conclusions or proposals that have come from these quests for the historical Jesus, but recently some believing scholars have been using the same methodology to come up with more faith-affirming conclusions in what is coming to be known as the “fourth quest.”

Dr. Huntsman will discuss the extent to which the Jesus of Faith and the Jesus of History match the personal experiences of believing Latter-day Saints with the risen Lord in their study, prayer, and worship. The discussion is an attempt to better know the real Jesus and humanity’s relationship with Him, which characterizes eternal life (see John 17:3).