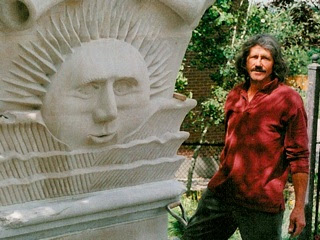 Dialogue Out Loud #15: LePetit Richards and the Big Dipper Carpet—An Amusement Based on a Reworking of Whittle’s Research Notes by Simon Peter Eggertsen

In the moment of the swerve, family oral history says, Richards tumbled down the slope into a swift-moving stream and was swept away, presumed to have been killed or drowned or, if possible, both. He would have been sixty-three years of age at the time. But Rich-ards was, if nothing else, a tough old bird. So perhaps this was not his untimely demise.

Simon Peter Eggertsen explains “‘LePetit Richards and the Big Dipper Carpet’” is a fictional story, but there are some things the reader should know. Whittle is real, as am I. Benson Whittle and I grew up in the four-by-four-block square neighborhood known as the Fifth Ward in Provo. Later, being the smart guy that he was, he would turn up at Oxford, where, as part of his academic work, he created the engaging character of LePetit Richards, an early convert to Mormonism, purportedly backed up by Richards’s journals and other materials, all fiction. Whittle published the Richards story as part of a special addendum to The Dictionary of Alternative Biography (1973). Now, I have refurbished that story, used the struts of Whittle’s original work to refashion the early parts of this piece, then extended it. Along the way, I have enlarged on what Whittle did, even put him into the story, and introduced several new elements—includ-ing a second “conjuring” of the stars in the constellation Ursa Major, a carpet containing the same, and an inventive tract by Richards—then expanded the whole story of Richards’s exploits to cover his mission years in late-nineteenth-century Canada.”