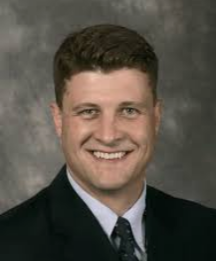 To Steve Harper, the best thing about the Harry Potter stories is the pensieve—a magical bowl of memories in which an observer can sift through another person’s past. No one has sifted Joseph’s memories of his first vision more than Steve. That process has yielded the insights he will share. It has become common to account for variety in the first vision accounts by saying Joseph intended them for different audiences. That’s not the best explanation. Steve will propose a better one based on intimate knowledge of all the accounts, the contexts in which Joseph remembered them, and the way he remembered them.

Steven C. Harper is a professor of Church history and doctrine at Brigham Young University. In 2012 Steve was appointed as the managing historian and a general editor of Saints: The Story of the Church of Jesus Christ in the Latter Days. He was named editor in chief of BYU Studies Quarterly in September 2018. He earned an MA in American history from Utah State University, and a PhD in early American history from Lehigh University in Bethlehem, Pennsylvania. In 2002, he became a volume editor of The Joseph Smith Papers. His published books include  Promised Land (Lehigh University Press, 2006), a study of Lenape or Delaware Indians’ responses to a fraudulent 1737 land deal in colonial Pennsylvania. He also authored Making Sense of the Doctrine and Covenants (Deseret Book, 2008), Joseph Smith’s First Vision (Deseret Book, 2012), and First Vision: Memory and Mormon Origins (Oxford University Press, 2019), along with dozens of articles.