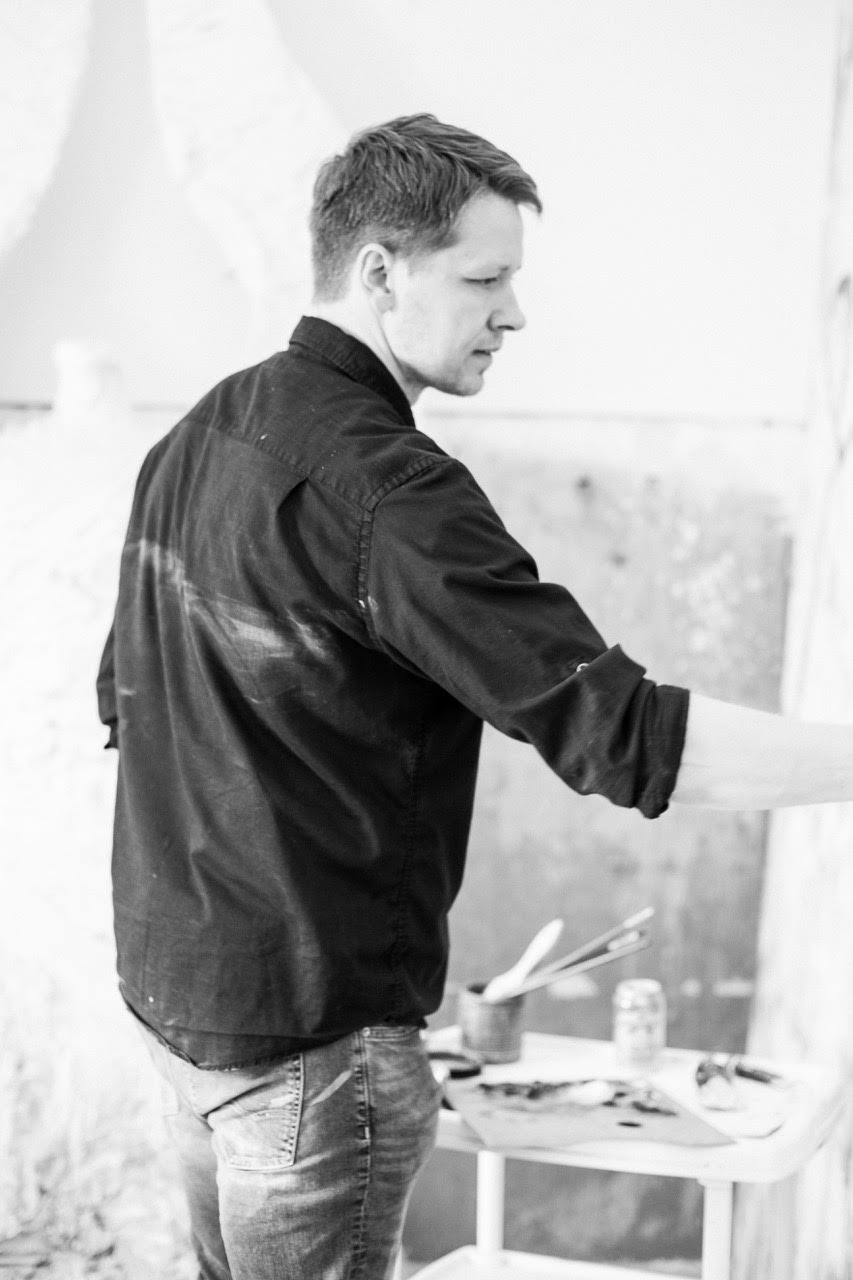 J. Kirk Richards was born into a musical family of Provo’s tree streets in 1976. Young Kirk took French horn lessons at the BYU Harris Fine Arts Center, where art exhibits began to fuel his interest in visual arts. Kirk served a mission in Rome, Italy, and then earned a Bachelor of Arts degree from BYU’s Visual Arts Studio program. At BYU he met Amy Tolk from Tennessee. (Pertinent to this audience, Amy’s father was one of the early contributors to Dialogue: Physicist Norman Tolk.) Kirk and Amy are now married with four children and four cats. Kirk’s favorite church callings have centered around teaching and music. He currently serves as the backup ward organist. Kirk was a primary consultant during the creation of both (what was known as) the Mormon Arts Center Festival in New York City and Writ & Vision in Provo. He is a longtime board member of the Mormon Arts Foundation. He founded the Vision of the Arts Fund, which facilitates grants and scholarships to LDS artists. He created JKR Gallery and Art Academy in Provo. Kirk’s artwork can be found in religious publications and private collections. He is an advocate for big tent church and for artwork that opens Christian possibility.