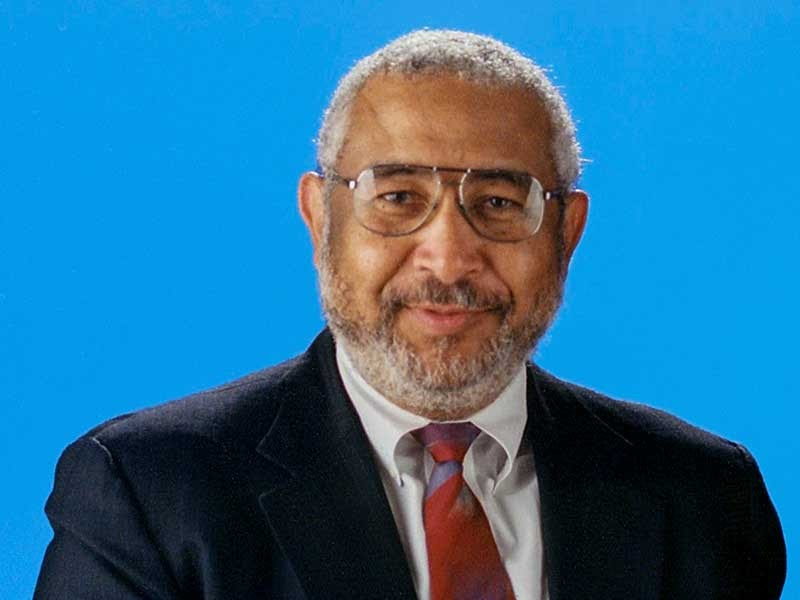 Our March 28th Dialogue Gospel Study features a discussion with Restoration pioneer, Brother Darius Gray. We begin with a pre-recorded conversation between Darius Gray and Carey and Mel Hamilton, facilitated by Margaret and Bruce Young. Darius and Mel met in 1969, when Mel was a University of Wyoming football player–one of fourteen removed from the team after wearing  black arm bands to protest BYU and the LDS Church’s priesthood/temple restrictions. In this conversation, they discuss the conspiracy theories rampant in the 1960s and 1970s, attitudes in the LDS Church then and now, and life in America with racial divides. Brother Gray will be with us for a live Q and A.

Trained in broadcast journalism, with degrees from the University of Utah and Columbia University, Darius Gray worked for KSL radio and television during the late 1960’s and early 1970’s. He especially enjoyed documentary film production and was privileged to be placed on loan to UNICEF for the purpose of filming grassroots aid projects in several African countries. Later, Gray was the Director of Development for the Department of Communications at Brigham Young University where he also co-hosted “Questions and Ancestors” a nationally aired program on genealogy and participated in the highly acclaimed PBS family history series, “Ancestors,” produced by KBYU Television. Also involved in the KUED documentaries “Utah’s African-American Voices” and “Utah’s Freedom Riders,” perhaps brother Gray’s greatest genealogical accomplishment was as co-director of the 11-year project to organize and digitize the Freedman’s Bank Records. Gray coauthored (with Margaret Blair Young) an award winning trilogy of novels about early Black Mormon pioneers, entitled Standing On The Promises. He and Margaret Young also co-produced two documentary films, “Jane Manning James: Your Sister In The Gospel” and “Nobody Knows: The Untold Story of Black Mormons.” A noted civic leader, Darius Gray served as a counselor and then president of the Genesis Branch of The Church of Jesus Christ of Latter-day Saints. The Genesis organization was established under the direction of The First Presidency and The Quorum of The Twelve Apostles in 1971, with the goal of providing support to Black Latter-day Saints.