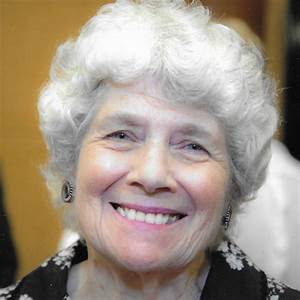 For our second fireside on November 15th, Claudia Bushman will be teaching us about “Resurrection Month.”

Claudia Lauper Bushman, born in Oakland, California, and raised in San Francisco, considers herself a California Mormon, an independent variant of the Salt Lake City variety. She was unexpectedly given the opportunity of attending Wellesley College in Massachusetts, moving from the west to the east coast. Her move facilitated meeting and marrying Richard Lyman Bushman, then serving a mission to the New England States, before he returned to Harvard. Although she was not a distinguished Wellesley student, Claudia graduated with an appreciation for the life of the mind which forever changed her, leading her to seek further education when possible, a Master’s degree in American literature at Brigham Young University and a Ph. D. in American Studies at Boston University. The Bushmans have since collaborated on many projects including a family of six children, twenty grand-children, and two and a half great grandchildren. Claudia was named New York State’s Mother of the Year in 2002. Always a Mormon feminist, she was the founding editor of Exponent II, the editor of Mormon Sisters, Women in Early Utah (1976) and the co-editor of the first women’s issue of Dialogue in 1971. Her other books include “A Good Poor Man’s Wife:” Being the Chronicle of Harriet Hanson Robinson and Her Family in Nineteenth-Century New England (1979), America Discovers Columbus: How an Italian Explorer Became an American Hero (1992), In Old Virginia: Slavery, Farming, and Society in the Antebellum Journal of John Walker (2002), and Contemporary Mormonism: Latter-day Saints in Modern America (2006), and several others that occurred to her and asked to be written. Claudia has moved often as her husband ascended the academic ladder and eventually retired as the Gouverneur Morris professor of history at Columbia University in the City of New York. In each place she has created a new life. In Belmont she became a doctoral student and worked with the Boston feminists. In Delaware, she founded the Newark (DE) historical society and became the executive director of the Delaware Heritage Commission, celebrating Delaware’s role as The First State in the Union. When living in Pasadena, she taught, at Claremont Graduate University, courses on Mormon women and began the Claremont Oral History program. In New York, where she has lived for thirty years, she taught American studies courses at Columbia University and worked on church projects such as producing a concert in Carnegie Hall, installing (temporarily) a statue of Joseph Smith in the financial district, annually managing a living nativity scene with real babies, and producing the Manhattan Temple Jubilee—with a cast of 2,500—in Radio City Music Hall. The Bushmans are now heavily involved in the Center for Latter-day Saint Arts.