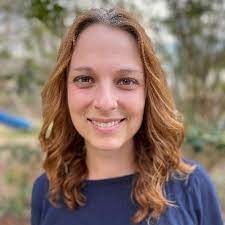 Jennifer says, “Heike’s Void is a radical experiment with whether or not the atonement of Christ is truly infinite and eternal, without limits, or whether it is something else. And if it is something else, then how can any of us hope for it to ever be enough? There is no arithmetic of salvation in this novel . . . There is no bicycle to be paid for with piggy bank pennies. Instead, there are urgent but impossible questions about whether the mercy of God indeed ‘overpowereth justice,’ and if it does, do any of us actually believe it. If God hated someone, would it keep them from his infinite grace? Could their suicide? How about accidental homicide? Planned and deliberate homicide? Mass planned and deliberate homicide then? Is this not endless? . . . [It is] a charmingly written and characterized, gripping story about what is, ostensibly, the thing that makes the Church different from other backwater conservative religious American subcultures.”

Andrew says, “I am agog at how beautiful and fun to read Heike’s Void is. Steve’s previous work has placed him among Mormonism’s most creative and respected authors. This is now my favorite Peck novel.”