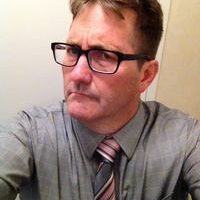 STEVEN L. PECK {[email protected]} is an evolutionary ecologist and writer. He has won many awards for his creative writing including being the two-time winner of the Association of Mormon Letters Novel Award (The Scholar of Moab, 2011; Gilda Trillim, 2017), and once for short story (Two-Dog Dose, 2014). His novel (2019) King Leere: Goatherd of the La Sals was a semi-finalist in Black Lawrence Press’s Big Moose Prize and received a starred-review from Publishers Weekly. In addition to his poetry collection, Incorrect Astronomy, he has published two short stories collections. His work has appeared in numerous venues includ￾ing, Nature Futures, New Myths, Pedestal Magazine, Prairie Schooner, Red Rock Review, and other places. He also has two nonfiction books exploring issues of faith and science (Evolving Faith and Science the Key to Theology).

From the Pulpit: My Mother’s Eclipse

Review: Laughter, Depth, and Insight: Enid Rocks Them All Scott Hales. The Garden of Enid: Adventures of a Weird Mormon Girl, Parts One and Two

The Current Philosophy of Consciousness Landscape: Where Does LDS Thought Fit?

Crawling Out of the Primordial Soup: A Step toward the Emergence of an LDS Theology Compatible with Organic Evolution

Why Nature Matters: A Special Issue of Dialogue on Mormonism and the Environment