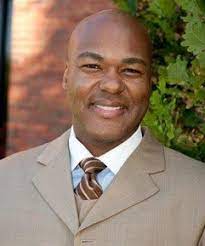 DARRON SMITH {[email protected]} is an instructor of sociology at the University of Memphis. He has written for various media outlets and has appeared in ESPN’s Outside the Lines. Smith is also featured in the CBS Sports documentary, The Black 14: Wyoming Football 1969. His research and scholarship include: Mormon studies, health care inequities, race relations, sports, and transracial adoption. He is the co-editor of Black and Mormon (2004), White Parents Black Children: Experiencing Transracial Adoption (2011), and the author of When Race, Religion &amp; Sports Collide: Black Athletes at BYU and Beyond, released in 2016 by Rowman &amp; Littlefield Press.

The Mask We Must Wear in a Racist Society: Reflections of Black Suffering in the LDS Church Through Art