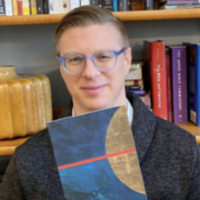 Taylor Petrey is the editor of Dialogue: a journal of Mormon thought. Petrey holds a BA in philosophy and religion from Pace University, and both an MTS and a Th.D. degree from Harvard Divinity School in New Testament and Early Christianity. He joined the faculty of Kalamazoo College in 2010 and served as the Director of the Women, Gender, and Sexuality program from 2012 through 2016. He is currently chair of the Religion Department. Petrey is the author or editor of numerous books and articles on Mormonism, gender, sexuality, and early Christian thought. His essay “Toward a Post-Heterosexual Mormon Theology” received Dialogue’s “Best Article” award in 2011 and has become one of the most downloaded and cited articles in the journal’s history.

After a Post-Heterosexual Mormon Theology: A Ten-Year Retrospective

Toward a Post-Heterosexual Mormon Theology