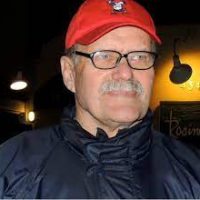 SIMON PETER EGGERTSEN {[email protected]} was born in Kansas, raised in Utah, schooled in Virginia and England. He has degrees in literature, language, and law (BYU, Virginia, Cambridge). He came very late to creative writing, is aiming for his prime as he closes in on eighty. He is better known for his poetry, some having appeared in Dialogue. In another life, he taught and worked in the area of international public health. Eggertsen now spends his time shuttling between Cambridge, Massachusetts and Montreal.

The Moldau in a Utah Living Room

Trevor at the Fountain

poetry on the ‘fridge door

Trying to Keep Quiet: A Poem Constructed Around Fragments of Leslie Norris’s “Borders”

Putting Up the Blue Light