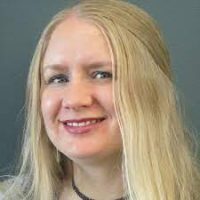 Nicole Wilkes Goldberg {[email protected]} Nicole Wilkes Goldberg earned her MA in American literature from Brigham Young University in 2009 and has been teaching per￾suasive writing there part-time since. She married into Mormon letters and has edited work with her husband, James Goldberg, since the first Mormon Lit Blitz. Her greatest contribution to Mormon literature has been about six hours of cooking Indian food to raise funds for the Four Centuries of Mormon Stories contest in 2012. Most of her time and energy are spent raising three very imaginative and interesting children.