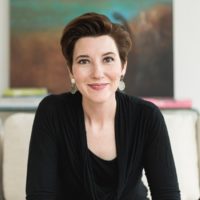 Neylan McBaine is a non-profit leader, marketing executive and passionate advocate. As the author of three books and TEDx presenter, Neylan has been called a “uniquely important” “change agent” in Utah and within her faith. Since co-founding Better Days 2020 four years ago, Neylan has been a leader in speaking and writing about women’s leadership and the U.S. suffrage movement, with a specific focus on Utah and the west’s early role in that movement. She developed a team of historians, educators and marketers that have changed the way Utahns view and understand women’s history, leading to shifts in current perceptions of ourselves and Utahns generally. Neylan previously founded another non-profit, the Mormon Women Project, which changed the dialogue around Latter-day Saint women in significant ways. Neylan is a graduate of Yale University, mother to three daughters, and lives in Salt Lake City.

Roundtable: Mormon Women and the Anatomy of Belonging

Seeds of Faith in City Soil: Growing Up Mormon in New York City

A Spiritual Awakening Amid a Hippie Faith : Coke Newell, On the Road to Heaven

Foundation for Apologetic Information and Research Conference: To Do the Business of the Church: A Cooperative Paradigm for Examining Gendered Participation within Church Organizational Structure