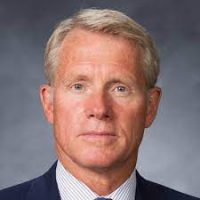 FREDERICK W. AXELGARD {[email protected]} is an independent scholar with a background in Book of Mormon studies and international poli￾tics. His writings have appeared in the Journal of Book of Mormon Studies and BYU Studies. His professional career centered on the Middle East, including several years of involvement in Arab-Israeli peace negotiations and service at the US Central Command following the 9/11 terrorist attacks. He graduated from Brigham Young University and received advanced degrees from the Fletcher School of Law &amp; Diplomacy at Tufts University.

Fitting Comfortably: Mormonism and the Narrative of National Violence