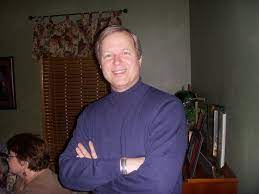 oug Talley {[email protected]} received a BFA in creative writing from Bowling Green State University and a JD from the University of Akron. Early in his career he practiced law with a firm in Akron, Ohio, and presently works as an executive in a small consulting company. His poems and essays have appeared in various literary journals, including The American Scholar, Christianity and Literature, and Irreantum. In 2009, his work was nominated for a Pushcart Prize. His poetry collection, Adam’s Dream, appeared in 2011 (Woodsboro, Md.: Parables Publishing). He and his wife, April, live in Copley, Ohio, where they both continue to write and raise their family.

One Glory of the Moon

What the Call of the Deep Teaches

By the Mouth of Two or Three