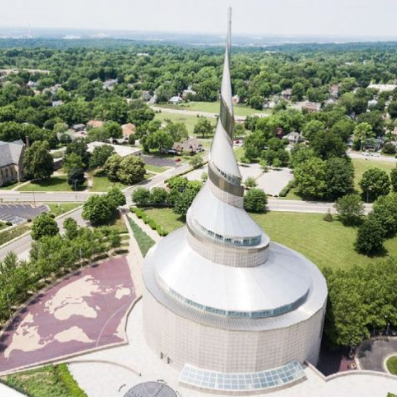 Mormon Women in the Ministry

Interview with Brittany Mangelson who is a full-time minister for Community of Christ. She has a master of arts in religion from Graceland University and works as a social media seeker ministry specialist.

What of the Latter Day Saint movement that claimed to prophetically discern the times and seasons of these latter days and also boldly proclaimed that they were the restoration church?

Community of Christ: An American Progressive Christianity, with Mormonism as an Option

I thus argue that Mormonism exists wherever there is belief in the Book of Mormon, even though many adherents reject the term “Mormonism” to distance themselves from the LDS Church headquartered in Salt Lake City.

Writing the Mormon Past

Understanding Mormon history involves appreciating some of the formidable obstacles which confront throse who seek to write it. There is still sensitivity among Mormons to probing that might bring embarrassment to cherished offical views of…

Historical studies embrace the most extensive, intensive, and well-matured of the scholarly endeavors which have the Restoration as their subject. The paucity of critical writings in the various fields of theology and philosophy is by…

Most Latter-day Saints probably would be surprised to learn the Book of Mormon is available in modern English and has been for over a decade. More recently the 1966 RLDS “reader’s edition” has been republished…

The Rise and Fall of Courage, an Independent RLDS Journal

Although Courage struck a responsive chord in quite a few hearts, its readers did not support it to the extent the editors had expected. Appealing only to a minority in a small church, and without either sufficient…

Within two years of his assasination, however, the Church was torn by succession struggles that led to dispersion. Almost a century and a half later, the whereabouts of many of these saints is still unknown.

A Priestly Role for a Prophetic Church: The RLDS Church and Black Americans

In recent years many RLDS Church members have been proud of the fact that the church has been ordaining blacks into the priesthood since early in its history.

Few scholars have studied the Reorganized Church of Jesus Christ of Latter Day Saints, and fewer still have studied its leaders.