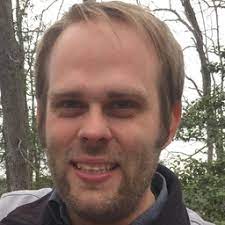 Roundtable: When Unnecessary Overinterpretation of Scripture Hurts, It Must Cease

I am not a member of any Native American tribal nation, neither do I claim Indigenous heritage. I am a white American, and three of my four grandparents trace their family back to Mormon pioneers. Members of my family created Utah state Indian policies during the nineteenth century. Like many white people in this country, I grew up with the belief that Christopher Columbus discovered America, and like many Latter-day Saints, I believed that Nephi saw the Italian explorer in his vision as described in 1 Nephi 13. Over the years, my beliefs have shifted, and so should the beliefs of other Latter-day Saints.

Regarding my relationship with the Church, I am no rebel. I am a faithful member. But I believe we need to reconsider how we interpret 1 Nephi 13. Roni Jo Draper suggests that Nephi could have seen a Pacific navigator, and I have heard others claim that Nephi may have seen Bartolomé de las Casas, who condemned slavery and the murder and mistreatment of Indigenous people. The “man among gentiles” could have also not been a man at all. Men and women are used symbolically in the scriptures to refer to ideas. The “great and abominable church,” or the “great whore of all the earth,” is not a person, nor is it a church. It is any teaching that contradicts Christ. John of Patmos describes four horsemen in the sixth chapter of Revelation. Again, these four riders are not understood to be literal people. Four is a number that represents the spatiality of the earth, and the horsemen figuratively represent pestilence, war, famine, and death. In Revelation 18:23, he describes a bride who does not keep her covenants. Alonzo Gaskill indicates that the bride is not a person, rather she represents the New Jerusalem. Prophets use symbols to teach theoretical concepts, and there is no reason that Latter-day Saints should not believe that the “man among the Gentiles” was not a man at all.

There is a cost to the overinterpretation of scripture, particularly this scripture. The brunt of this cost is borne by those who are most negatively affected by the legacy of Columbus. He brought disease, genocide, slavery, and land theft to Indigenous peoples. Latter-day Saints who cling to this traditional interpretation are compelled to justify his sins. Native American Latter-day Saints are taught that these things were the will of God. While they are taught that humankind is to love one another, they learn that this Christ-bearer followed a completely different set of ethical standards, which casts doubt on prophetic revelation. The gospel of Columbus is not the gospel of Jesus Christ, and Latter-day Saint theology allows a space for its adherents to reject the legacy of the Italian explorer, which is why Indigenous Latter-day Saints seek to revisit the interpretation of this scripture and to reassess the legacy of Columbus. All Latter-day Saints, whether they identify as Indigenous or not, need to listen to these voices and perspectives if they are to better understand their own biases.