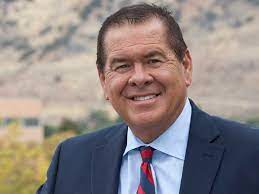 Roundtable: Efforts to Change the Culture of Columbus Day

As I approach the subject of the legacy of Columbus, I want to start by saying that we, as Indigenous people, seek to bring light and truth to the world. As a child, I learned about the history of my people from my grandmother who raised me and from my elders. When I attended school, I learned the history of Native Americans from another perspective. As I’ve gotten older, I realize that history is always about perspective. I remember the quote attributed to Winston Churchill, “History is written by the victors,” and I realize why history is rarely written by Native Americans.

Hopefully this is changing and we can learn a more accurate history. In October of 2017, the Salt Lake City Council passed a resolution that declared the second Monday of October Indigenous Peoples Day. Members of the Northwestern Band of Shoshone lobbied the Salt Lake City Council to make this happen. I am currently reaching out to Utah legislators asking them to make the change statewide, and I have received support from Democrats and Republicans.

States across the country are changing, and Utah does not have to be left behind. There are eight federally recognized tribes in Utah, and they all have their own voice. We are trying to bring to light the aspects of Columbus’s legacy that were not taught in my childhood classrooms. In essence, we are trying to make Native American history more accurate. I realize that I can’t change the past, nor do I want to change it, but I can change the future, and that is why we are working to celebrate the lives and legacies of Indigenous people who live in Utah. Martin Luther King Jr. taught that some of the greatest crimes in history were not caused by hatred but by indifference, and it is time for good people to stand up and make a difference.