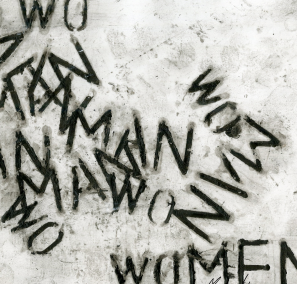 Podcast version of this Personal Essay.
Note: The Dialogue Foundation provides the web format of this article as a courtesy. Please note that there may be unintentional differences from the printed version. Also, as of now, footnotes are not available for the online version. For citational and biographical purposes, please use the printed version or the PDFs provided below the web copy and on JSTOR.

“One of those events occurred this morning which causes the heart to grow sad and go out in sympathy to suffering humanity . . . ”

“How did your mama die?” I ask Grandma Essie, my dad’s mother. She looks down at the floor.

“She died of quinsy.”

Something doesn’t feel quite right to eight-year-old me.

“It’s a sore throat.” Grandma walks into the next room.

I ask Mama. “How did Grandma Essie’s mama die?”

She doesn’t answer right away, then says in a hard voice, “She got sick.”

“She just got sick.” She puts her hand on my shoulder and turns me away. “Now. Go and finish what I asked you to do.”

I find that some things are unspeakable.

“Grandma Essie has the willies again,” my dad says to Mama. I know she’s angry because her jaw clamps down.

“Go and spend the night with your grandma.” Mama is pointing at me; my dad never has to go.

When Grandma has the willies, if one of us girls goes over to her house Grandma calms down. The eleven-year-old me inwardly whines, “Why doesn’t Mama go herself?” But I go because if I don’t, she’ll get mad at my dad again.

In the night, wrapped in a “spoon shape” in bed — which I hate but which calms Grandma — I wake up to low moans. I can’t quite make out the words . . . An unarticulated cry of desperation and abandonment seeps into my gut . . . “Mama. Mama.”

I tune to the sound of unbearable

pain, residue of past wounding.

My two preschool children and I are visiting my mom and dad in Provo. I notice that the foldaway bed in the back room is stretched out and made up. It isn’t until night that I realize my dad is sleeping there.

Why are my parents like this? Why does Mom turn away from dad? Why does my dad have the willies just like Grandma did? Why does he have to know where Mom is at every moment? It would drive me crazy!

“Mom, why don’t you come back with me to California for a visit? We’ll go to Disneyland and the beach and even Hollywood.”

“Just tell him I asked you and you’re going. You don’t have to ask his permission for every single move.”

My sister and I hatch a plan for me to spirit Mom away, to kidnap her, so to speak. Then my dad will blame me, not Mom. We lure her into the car and I say I want her to come downtown with me. My sister has put a packed suitcase for her in the trunk.

We get about as far as Payson when Mom figures something is afoot. Her face becomes strained, then after a few moments she says quietly, “We have to go back, Marie. I have to tell him at least.”

My dad rushes out of the house as we pull into the driveway. I’m startled and scared because he seems a foot taller than usual and his face is furious. “I’ll never forgive you for this, Marie. Never!”

My mild, kindly father has become a being I don’t recognize.

“Mom. I’m sorry!” I’m so stunned that I have to force out the words.

“It is as it is,” Mom says slowly, without inflection. She doesn’t speak again.

I observe how the legacy of abandonment

I’m visiting Provo with my children, now school-age. My dad’s cousin Esther is in town. She calls the house and wants to talk to me. “I’m at the city library,” she says. “Meet me here.”

I pull up beside the curb as she comes out of the building holding something. “I found it!” she exclaims. She hands a microfiche copy to me but the quality is so poor I can barely read the words. I notice that the article was published in the newspaper preceding the Daily Herald, just days before Rebecca died.

I struggle through the first two paragraphs. Good Lord! It’s right here. In print, no less.

“At 4 o’clock Mrs. [Rebecca] Jane Reese, a resident of the Second Ward, diagonally opposite from the southwest corner of the West square, attempted to commit suicide by cutting her throat with a razor. . . . At once medical attendance was summoned and the wound dressed. It was not believed to be serious. Drs. Taylor and Allen attended her, and on their testimony and that of Mr. Mildenhall she was committed to the State Insane Asylum by Judge Dusenberry.”

“Mom! Mom,” I call as I enter the house. “I know about Grandma Essie’s mother. Esther found out from an article in the old Daily Enquirer. It said she died in the Mental Hospital at the end of Center Street, three days after trying to commit suicide.”

Mom comes into the living room, wiping her wet hands on her apron. She looks at the copy I have in my hand.

“Don’t believe everything you read,” she says. Her voice is flat.

I encounter rigid patterns of thinking

created by attempts to cope with

Rebecca Jane Draper Reese, my paternal great-grandmother, was born December 18, 1850 and died on April 27, 1897 in what was then called the Utah State Insane Asylum. Cause of death: infection from a self-inflicted wound to her throat. So yes, Rebecca actually did die of quinsy, an infection then commonly seen after tonsillectomies.

She had been widowed one year earlier and left alone to provide for her five children, ages two to fourteen years. Working as a janitor in Franklin School and son Hugh working in a printing office brought in less than enough to eat. Cousin Esther remembers her father Hugh, the oldest of Rebecca’s orphaned children, telling her of a time when the family only had apples to eat for an entire week. And how the Bishop tried to get his mother to marry an old man who already had a family, and, in spite of polygamy supposedly abolished in the Church, more than one wife.

My grandma Essie was eleven years old when her mother ran outside unobserved and into the street at four in the morning, then tried to cut her own throat with a razor. She died three days later from an infection that began in her partially severed trachea. After her death, four of the five children were passed out to different families, each family agreeing to raise one of the new orphans. Hugh, being fourteen, was expected to fend for himself.

I am walking around the grocery store. Behind me, my two-year-old daughter is intermittently reaching out and pulling my skirt. “Stop hanging onto my skirt,” I scold, “and stand up like a big girl.” Later, driving in the car I question myself. “Why did you do that? She’s only a little girl. She was afraid.”

separation, passed down for three generations,

has surfaced once again.

After many years and much study I become a psychotherapist.

A carefully groomed woman tells me that she grew up in a perfect family. When I ask for some memories she says far too quickly, “There was never any dissension at all. Never a harsh word.”

I sense that for her some things are unspeakable.

This man has told me in the past that he has no memory of a period when he was five years old and his mother left the family. Today he is relating a dream in which he is riding in a horse-drawn wagon. The horse bolts, the wagon tips and slides down a rocky hill, dumping him out on the way.

I infer the residue of abandonment.

A mother with seven children is pregnant with her eighth. Suffering from severe anxiety for years she hasn’t been able to find relief. When I asked what made her choose to have another child when she is raising seven already, she says, “Oh my children are very independent. They take care of themselves. Besides, I always feel better when I’m nursing.”

I detect a rigid pattern of behavior

My new client won’t meet my eyes and wrings her hands constantly. “My family is better off without me,” she says.

I recognize psychotic depression and

Rebecca, your tragic death was not a complete loss,  for it has defined the arc of my life. And through my work you have touched the lives of scores of people, though they of course, can never know.

Thank you for this, Rebecca. Thank you.