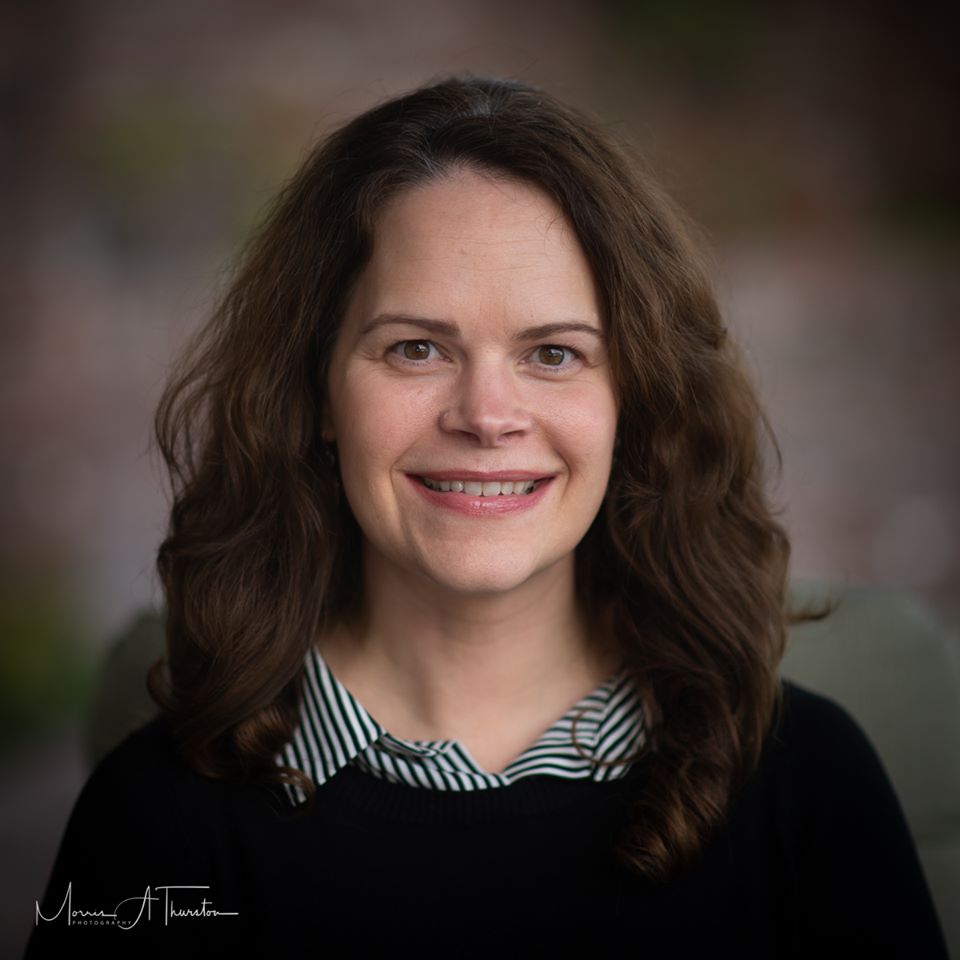 Karla Stirling serves as chair of the Dialogue Board of Directors. She received a BA from Brigham Young University and JD and MBA degrees from the University of Utah. She practiced business and commercial law in California from 2006 to 2010, with a focus on real estate and construction litigation. Prior to that she worked for Utah Legal Services, assisting indigent clients facing administrative proceedings by the U.S. Department of Housing and Urban Development. She has also volunteered with the Internal Revenue Service VITA program, offering tax help for qualifying taxpayers. She is currently a stay-at-home mom and advisor to a non-profit organization dedicated to promoting responsible land use in southern Utah. Karla and her husband, David Arteaga, live on Bountiful, Utah, and they have three young sons. Molly McLellan Bennion is an attorney and investor. She earned her degrees at Smith College and the University of Houston, where she was an editor of the law review, and attended the University of Washington in between. She taught business law at the University of St. Thomas in Houston prior to practicing law, specializing in commercial litigation. Today she manages capital for two family businesses, one engaged in commercial land development and the other in marine engine distributorship including boatyard and repair services. She has served on the BYU Law School Board of Visitors and the Dialogue Board, twice as its Chair. She has published essays in Dialogue, the anthology Why I Stay, (ed. by Robert A. Rees), and the upcoming The Mormon World, (ed. by Richard Sherlock and Carl Mosser). Molly and her husband, Roy, live in Seattle. They are parents of four children and grandparents of six. 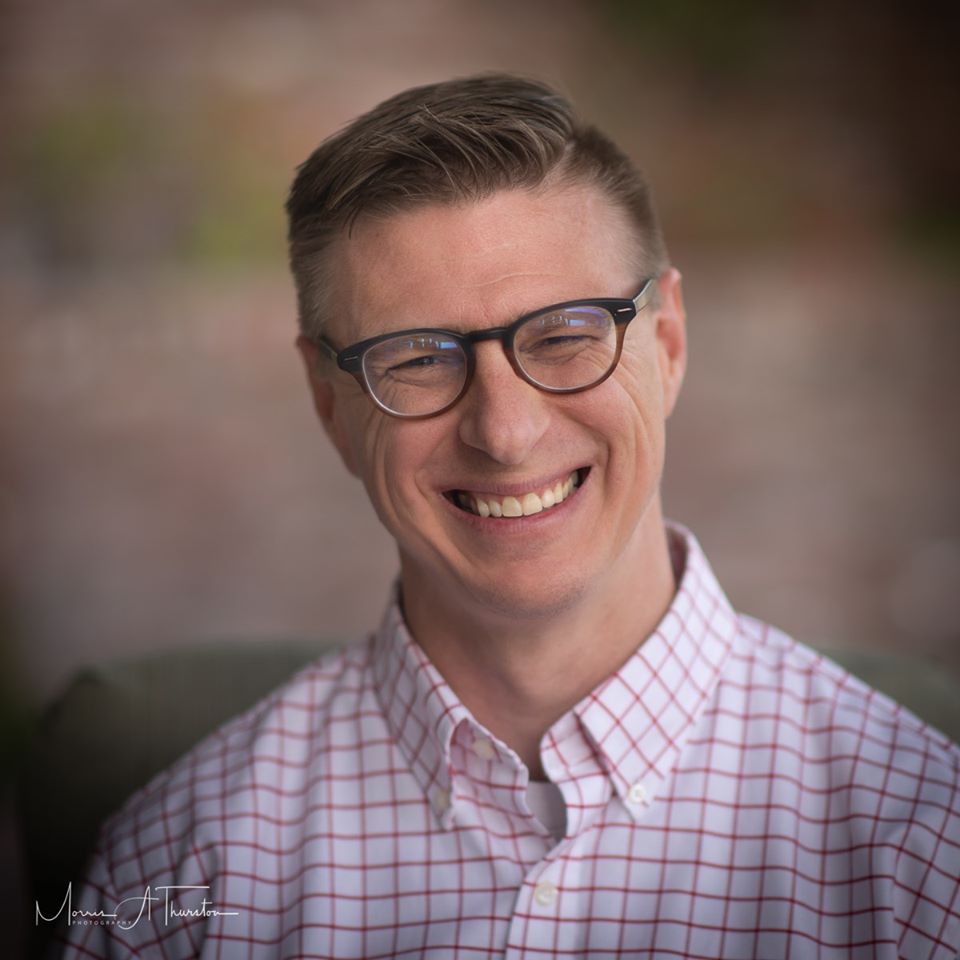 Taylor Petrey is the editor of Dialogue: a journal of Mormon thought. Petrey holds a BA in philosophy and religion from Pace University, and both an MTS  and a Th.D. degree from Harvard Divinity School in New Testament and Early Christianity. He joined the faculty of Kalamazoo College in 2010 and served as the Director of the Women, Gender, and Sexuality program from 2012 through 2016. He is currently chair of the Religion Department. Petrey is the author or editor of numerous books and articles on Mormonism, gender, sexuality, and early Christian thought. His essay “Toward a Post-Heterosexual Mormon Theology” received Dialogue’s “Best Article” award in 2011 and has become one of the most downloaded and cited articles in the journal’s history. Michael Austin, who serves as chair of the Dialogue Board of Directors, is Executive Vice President for Academic Affairs and Provost at the University of Evansville in Evansville, Indiana. He received his BA and MA in English from Brigham Young University and his Ph.D from the University of California at Santa Barbara. He is the author or editor of eleven books, including the AML-Award winning Re-reading Job and the recent trade book, We Must Not Be Enemies: Restoring America’s Civic Tradition. Morris Thurston hosts the Dialogue podcasts. He is a graduate of BYU and Harvard Law School and is a retired partner of the global law firm Latham & Watkins, where he specialized in trademark and copyright litigation. He is an avid personal and family historian and frequently lectures on those subjects. He has published two family histories and authored, with his wife, Dawn, Breathe Life into Your Life Story: How to Write a Story People Will Want to Read (Signature Books 2007). He has served as a contributor to the Joseph Smith Papers (Legal Series) and has been an adjunct assistant professor at the BYU Law School. His article in BYU Studies titled “The Boggs Assault and Attempted Extradition: Joseph Smith’s Most Famous Case,” received an award of excellence from the Mormon History Association. He contributed a chapter to Why I Stay: The Challenge of Discipleship for Contemporary Mormons(2011) and the foreword to The Nauvoo City and High Council Minutes by John Dinger (2012). He has written and participated in conferences at UVU and Harvard’s Kennedy School of Government on same-sex marriage legal issues. He and Dawn live in Villa Park, California and are parents of six children, two of whom are deceased, and grandparents of five. 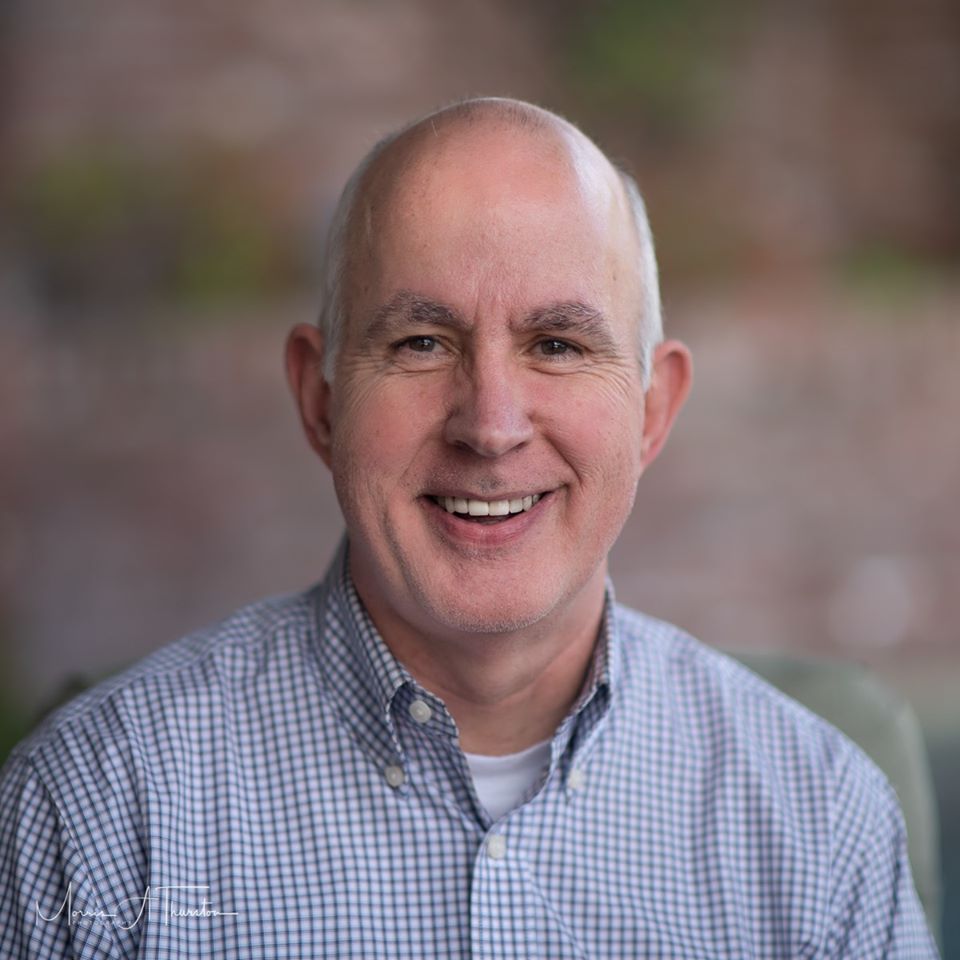 William (Bill) Hickman received his BA (American Studies) and JD (cum laude) degrees from Brigham Young University. Following a clerkship with the Honorable Ricardo Hinojosa, United States District Court, Southern District of Texas, he returned to his native Washington where he received advanced training in estate and gift tax law through the Masters in Tax program at Golden Gate University. For the past 24 years his practice has focused primarily on estate and trust planning and administration, with an emphasis on planning for clients with special needs family members. He is a member of the Washington State Bar Association and the National Academy of Elder Law Attorneys, serving as President of the Washington chapter in 2015. He and his wife Mary Ellen (Hatch) live in Bothell, Washington and are the parents of two children. 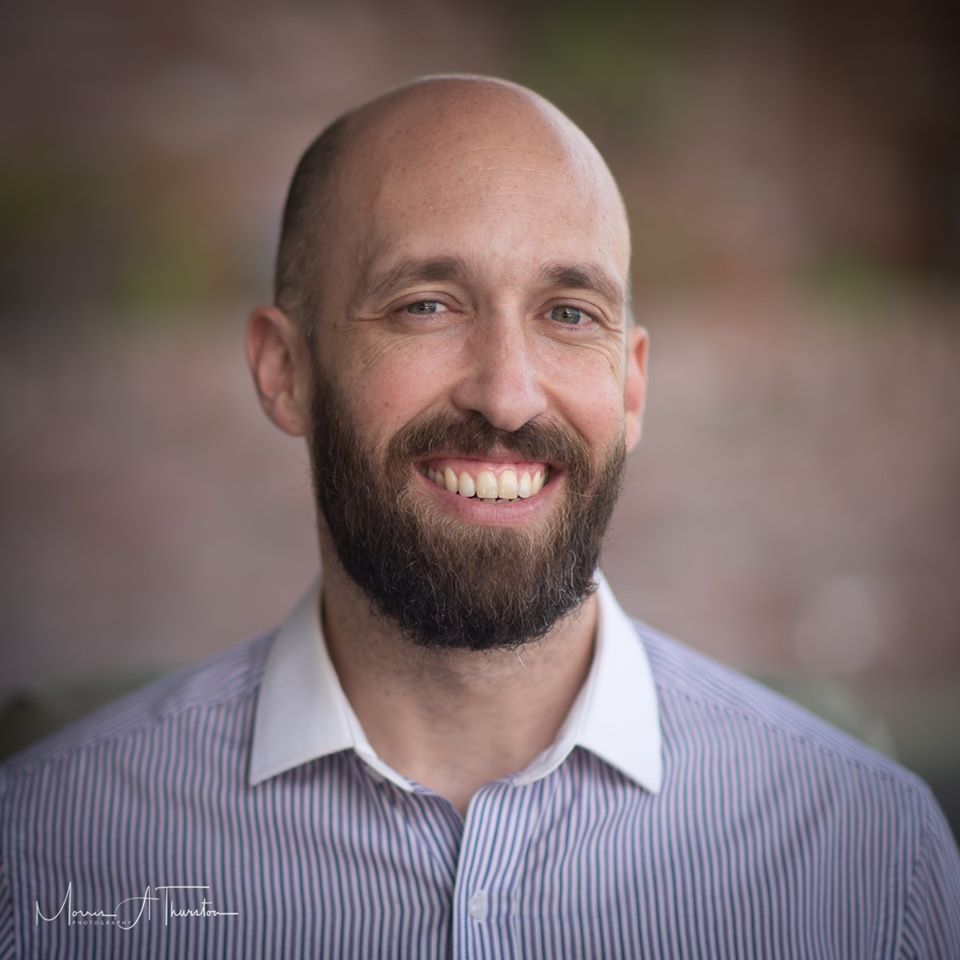 Benjamin E. Park received his PhD in history from the University of Cambridge and is currently an assistant professor of American religious history at Sam Houston State University. His articles have been published in Dialogue, Journal of Mormon History, Early American Studies, Journal of the Early Republic, American Nineteenth Century History, and Church History, and his essays have appeared in Washington Post, Newsweek, Religion & Politics, Talking Points Memo, and Religion Dispatches. His first book was American Nationalisms: Imagining Union in the Age of Revolutions (Cambridge University Press), and has completed his second, Kingdom of Nauvoo: The Rise and Fall of a Religious Empire on the American Frontier (W. W. Norton/Liveright). 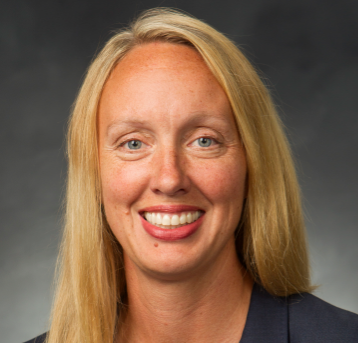 Originally from Fairbanks, Alaska, Rebecca is an Associate Professor of History and Global Women’s Studies at Brigham Young University where she has taught since 2006. She received her PhD from the University of Virginia, has been a fellow at Yale’s Gilder Lehrman Center, and is the author of If We Could Change the World: Young People and America’s Long Struggle for Racial Equality (Chapel Hill: University of North Carolina Press, 2009). Rebecca’s other publications have explored American slavery, the movement to lower the voting age to 18, Mormon women’s history, and the history of children and youth in the LDS Church. She and her spouse, Peter, have three children. 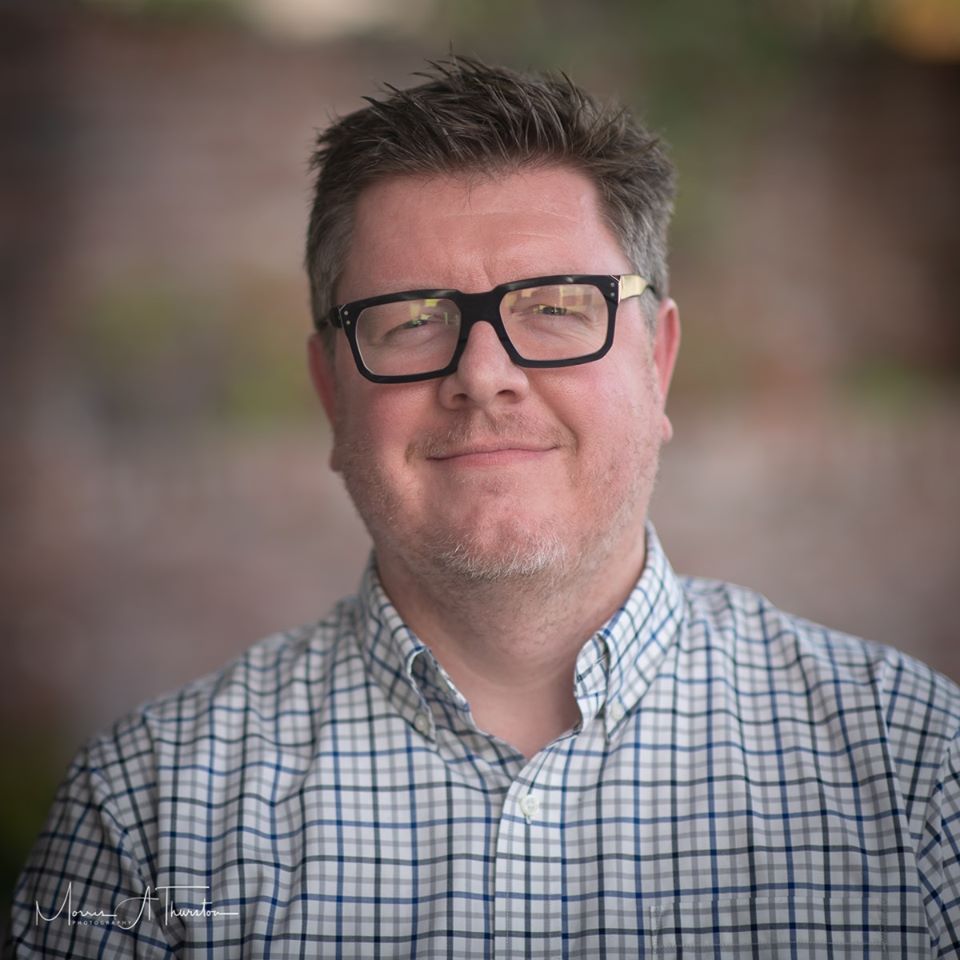 Aaron C. Brown is an attorney, investor, and active participant in Seattle’s international non-profit sector. He earned his B.A. from Brigham Young University and his J.D. from Harvard Law School. He has worked as a corporate lawyer and insurance lawyer, but he currently handles only political asylum cases, otherwise eschewing the practice of law. He serves on the board of the World Affairs Council of Seattle, and was a co-founder of the popular Mormon blog, By Common Consent. Aaron lives in Seattle with his wife, Stina, and two young daughters, Annika and Grethe. 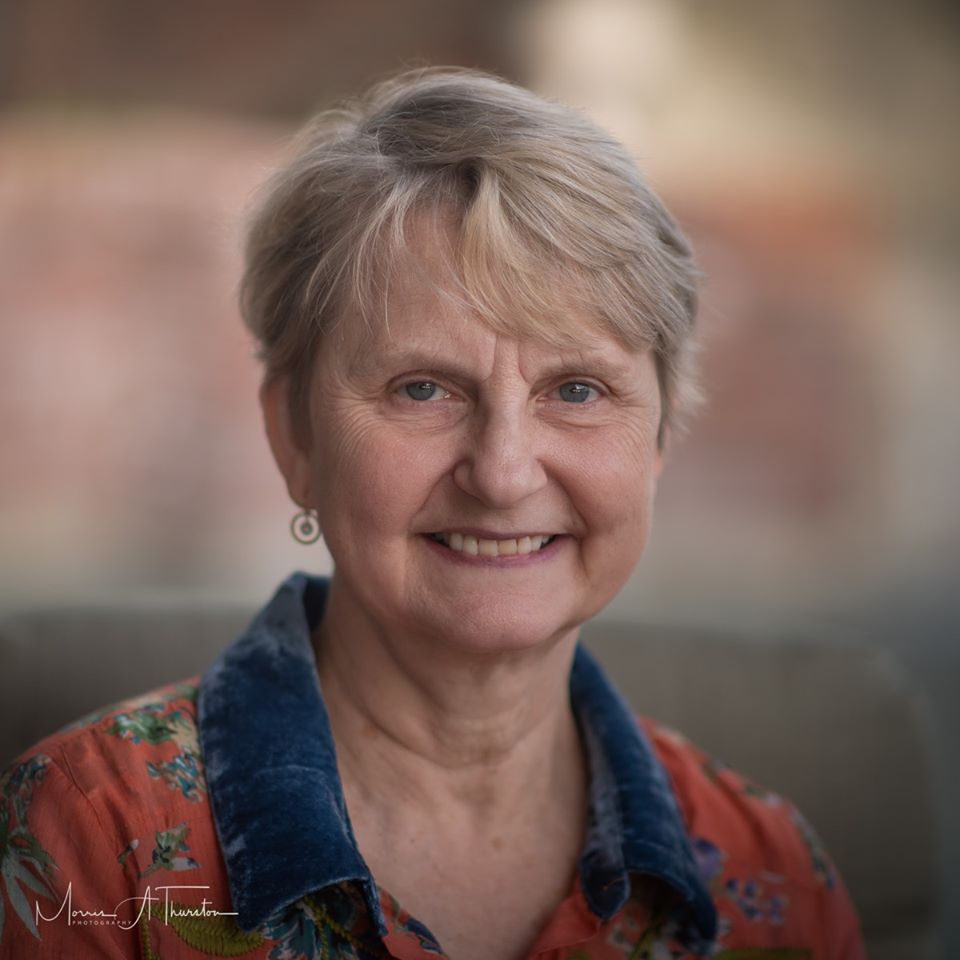 Linda Hoffman Kimball is an author, artist, poet and an accidental activist. She has written, compiled or illustrated 16 books and has had her work included in many more. She holds a BA from Wellesley College and an MFA from Boston University. She has served on the boards of the Chicago Metro History Education Center, Exponent II, Mormon Women for Ethical Government, and Segullah.org. As well as serving on the board of Dialogue, she is currently Co-Editor-in-Chief and Art Director of Segullah, and Co-Founder of Mormon Women for Ethical Government. Reared in the Chicago area and educated in New England, Linda flourished in her Christian faith and, to her surprise, felt herself called to join the Church of Jesus Christ of Latter-day Saints while a student at Wellesley College. She is a joyful attender of LDS women’s gatherings and retreats – especially Midwest Pilgrims and Exponent II. She currently resides high on a mountain top in Woodland, UT. 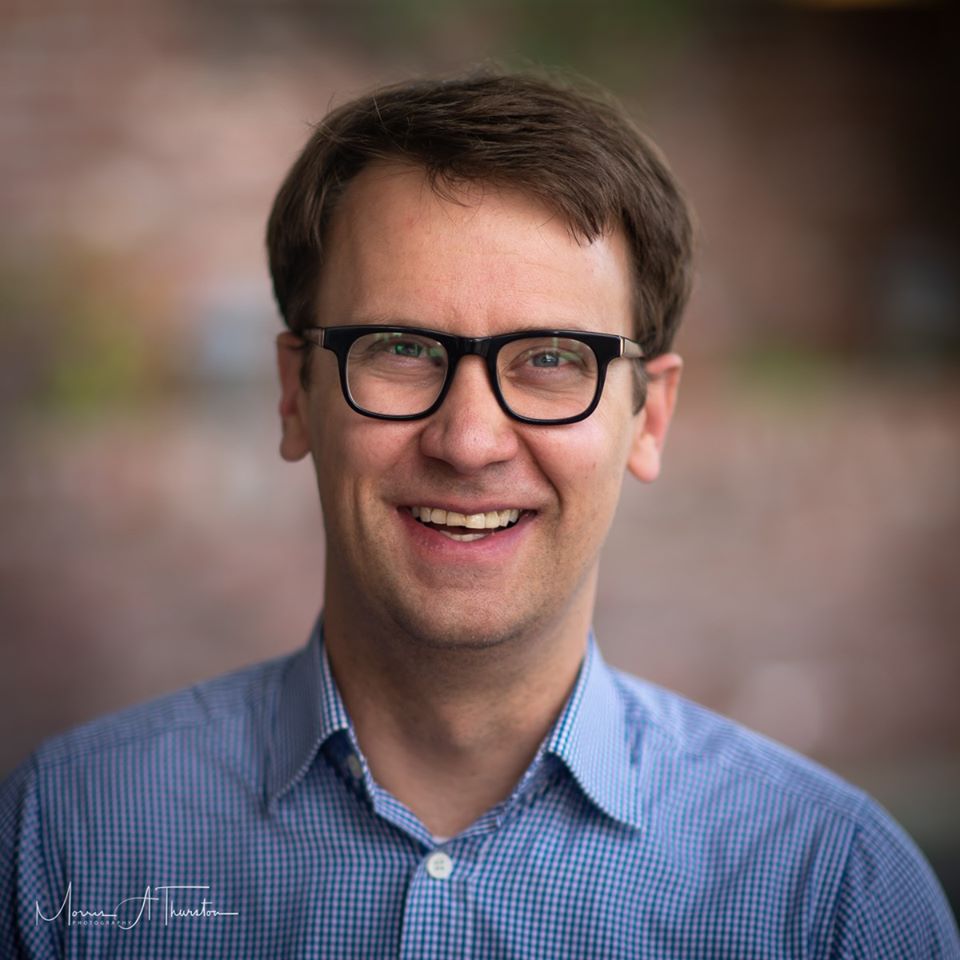 Matthew Bowman is the Howard W. Hunter Chair of Mormon Studies at Claremont Graduate University, and the author of The Mormon People: The Making of an American Faith (Random House, 2012) and Christian: The Politics of a Word in America (Harvard, 2018). He received his PhD at Georgetown University, and watches a lot of professional basketball. Chris Kimball is a partner at Jenner & Block, LLP. His legal career has included partnership in two major law firms, teaching full-time at Boston University School of Law and as an adjunct at several programs offering an LLM in Taxation, and serving as Chief Legal Officer (and other titles) for a global advertising firm. He is a graduate of Harvard University (BA Applied Mathematics) and the University of Chicago Law School (JD). He is the co-author of Organizing the Corporate Venture, has published a number of articles (related to tax law) in professional and academic journals, and is a regular contributor (but not related to tax law) in the Mormon blogosphere. Chris and Linda are parents of three children and grandparents of seven. Daylin Farias Amesimeku is originally from Venezuela and was raised in Miami, FL. She received her BS from BYU in 2012. Currently, she serves as Executive Vice President of the BYU Black Alumni Society. She lives in Boston, MA where she works in ophthalmology.

Zachary Davis is the founder and President of Lyceum, an educational audio platform, network and production studio headquartered in Cambridge, Massachusetts. Davis is also the host and executive producer of the Harvard podcast Ministry of Ideas, a founding member of the Hub & Spoke audio collective and the organizer of the Sound Education conference. Before founding Lyceum, Davis was a producer at HarvardX where he focused on producing massive open online courses (MOOCs) for the edX education platform. Ranging from Shakespeare to American Government, his courses have been taken by more than 500,000 people. Davis is a graduate of Harvard and Brigham Young University and lives in Boston with his wife and two children. Josh Penrod is a technology executive who has been working in software since 1999 when, as a BYU student, the first website he worked on was the BYU Speeches site. He was so excited about the potential of the internet that he dropped out of college and joined a startup. To the relief of his History Professor father and English teacher mother, he went back to school and graduated from BYU with a BS in Psychology in 2001. He is currently Chief Product Officer at Podium, and prior to that, he was Vice President of User Experience at Ancestry.com. Josh is passionate about helping refugees, and due to connections made during his time as a missionary in Venezuela, he has focused on assisting Venezuelans refugees. Josh and his wife Adrienne live in Orem, Utah and are the parents of four children. 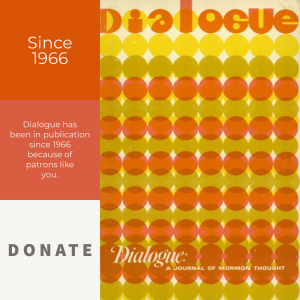