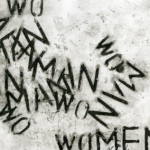 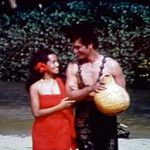 In a thoroughly red, deeply religious state like Utah, you’d be forgiven for thinking abortion had always been frowned upon. But that isn’t the case. Not so long ago, pregnancy and menstrual cycles were considered women’s matters — things that women would manage on their own. It wasn’t uncommon for women to share recipes for multi-purpose teas that could terminate pregnancies. Pills that restored menstrual cycles were readily available — some were even sold by the LDS apostle Reed Smoot.

In this essay, I discuss this history, present evidence that Latter-day Saint men sold abortion pills in the late nineteenth century, and argue that it is likely some Latter-day Saint women took them in an attempt to restore menstrual cycles that anemia, pregnancy, or illness had temporarily “stopped.” Women living in the twenty-first century are unable to access these earlier understandings of pregnancy because the way we understand pregnancy has changed as a result of debates over the criminalization of abortion and the development of ultrasound technology.

She had severe versions of typical pregnancy nausea and migraines. But she also experi-enced dreadful cramping on one side of her abdomen, crampingthat could only be assuaged by long walks. Dark three o’clock strolls around our sleeping neighborhood became commonplacefor us. Many days she could barely move because of the pain, anddoctors were at a loss to explain the origins or offer options for al-leviation. It was almost a relief when Amanda’s water broke atthirty-one weeks.

Perhaps no other moral issue divides the American public more than abortion. In part, the controversy hinges on the question of when the spirit enters the body. If a spirit were predestined for a given mortalbody and that body is aborted before birth, the spirit would, technically,never be able to have a mortal existence.

In this paper I will explore official and unofficial messages that theLDS church has sent to girls and women about childbearing during the twentieth century and the effect those messages have had on women’sreproductive choices.

So this was birthing, this crazy-quilt of contrasts, of senses and feelingsin chaos, coming occasionally to rest, as now, with a sleeping son in the crookof my arm. Had I won the grand prize?

I believe there is a connection between theway influential supporters of the amendment think about equality and abor-tion, and I believe that the drive for a particular definition of equality (which includes the right to an unfettered abortion freedom) will continue regardless of the success of the pending amendment.

Of all medical ethical guidelines published by the Church, those relating to abortion are the most emphatically stated. Offenders, be they doctor, patient, or abettor, are subject to excommunication.

Any constitutional amendment unavoidably casts a shadow of uncertaintyover its future interpretation and implementation. The Fourteenth Amendment, for example, has far exceeded the originally perceived purpose—elevating thestatus of blacks—and has come to serve as a tool of justice for many oppressedpersons and groups.

The extensive national attention had a demonstrable impact in Utah. In 1876 the territory’s first anti-abortion law was enacted, carrying a penalty of two to ten years for performing an abortion; a woman convicted of having an abortion received one to five years “unless the same is necessary to preserve her life.” It was also during this period that one finds the first real discussion of fertility control by leading Mormons.