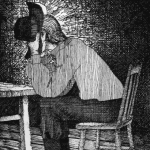 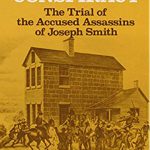 Shields argues that if you deny or dismiss Sidney Ridgon’s contributions to the early church, then the scripture canon during this time would need to be reinterpreted.

2018: Richard Sleegers, “Pedagogy of Perfection: Joseph Smith’s Perfectionism, How it was Taught in the Early LDS Church, and its Contemporary Applicabality,” Dialogue: A Journal of Mormon Thought, Vol 51 No. 4 (2018): 105–143.

The history behind a letter that was written by missionary Jedediah Morgan Grant to Joseph Smith, which contained infomation about Susan Hough Conrad and her brief love writings with a missionary who was serving in England named Lorenzo Dow Barnes.

Givens argues that one of the things that Joseph Smith was trying to restore was teachings taught to Adam and Eve, in particular men and women working together. Givens also highlighted the existence of Heavenly Mother.

A discussion of the theology of the body being combined with the spirit for various different reasons.

Snow puts Joseph Smith squarely within Joseph Campbell’s famous work The Hero with a Thousand Faces, which is also known as the heroes journey.

Foster dives in deep into the psychology behind Joseph Smith’s decisions while he was still living.

RLDS Church Archivist Ronald E Romig expected The Founding Prophet: An Administrative Biography of Joseph Smith, Jr. to be exclusively about Joseph Smith. Instead Maurice L. Draper who was both a member of the RLDS Quroum of the Twelve Apostles and the First Presidency, focused more on different adminstrative situations in the RLDS church.

Taylor identifies the history behind the Smith Family and treasure seeking. During the 19th century treasure seeking is associated with both greed, but also obtaining spirtual knowledge like in Joseph Smith’s case.

Shortly after the church was organized, one of Joseph Smith’s main priorities during his lifetime was preaching to the Native Americans, who he believed to be the descendants of the Lamanites.

Van Wagoner focuses on the seer stones that Joseph Smith used in the Book of Mormon translation process.

Joseph Smith’s 1838 account of the First Vision has taken priority in structuring Mormon identity, despite the existence of different versions. This article explores why that version is so meaningful to Latter-day Saints, reflecting on the symbolic strucutre of the account.

Review of Carthage Conspiracy: The Trial of the Accused Assassins of Joseph Smith coauthored by Dallin H. Oaks and Marvin S. Hill regarding the trial of Joseph Smith and his brother’s Hyrum deaths. Jensen argues that this book is a mustread for anyone who is interested in ‘Mormon history, philosophy, and the law.’

Review of An Egyptian Endowment by Hugh Nibley, which discusses the papyri that Joseph Smith allegedly used to help translate the Book of Abraham. Hugh Nibley decided to state his case, but allow readers to form their own conclusions after reading it.

Ever since people first heard of the First Vision, the events surrounding it has been clouded by controversy. Crawley comments with historical references that help to clarify this controversy. He compares the story behind Joseph Smith with the 19th Century Baptist preacher David Marks. Even though they never would have met, they have somewhat similar experiences. For them personally, religious experiences in the surrounding area were publicized enough that they would have heard about them in their own home towns.

Since around the time as the martyrdom, Joseph Smith has been compared to Muhammad who was the founder of Islam. Green and Goldrup presents evidence for how Islam and the church are different.

Member and non members have criticized Governor Thomas Ford of Illinois for his inability to save Joseph Smith and his brother Hyrum. Huntress was arguing that Governor Ford had a lot of difficulties that he had to deal with at that time.

1968: Grant S. Heward and Jerald Tanner, “The Joseph Smith Egyptian Papyri: Translations and Interpretations: The Source of the Book of Abraham Identified“ Dialogue: A Journal of Mormon Thought, Vol 3 No. 2 (1968): 92–97.

A description of the alleged Egyptain papyri used by Joseph Smith to translate the Book of Abraham.

Sometime after Sidney Ridgon passed away, his son wrote a document detailing his father’s life, which he then gave it to the church. The entire document that Sidney Ridgon’s son wrote is contained in this article.

In this early article, Allen shows that the First Vision was not well known during Joseph Smith’s lifetime. It became well known after the Prophet’s death, which is when missionaries started to teach about it for the first time.