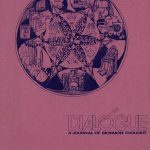 Reading these books in relation to my own life taught me something I should already have known. Mormon women weren’t passive recipients of the new feminism. We helped to create it.

Clothing has been the subject of scriptural injunctions and aperennial topic of Church leaders’ concern. Subtle changes inboth dress standards and rationales for modest dress in the latterhalf of the twentieth century reflect the LDS Church’s teachingsand attitudes toward chastity and women, the feminine ideal, andchanging women’s roles.

It happened again as I was walking through the New Hampshire woods with a woman I knew only slightly. We had been chatting amiably when the words “Mormon feminist” escaped my mouth. From the expression on her face, I knew exactly what she was going to say. “Mormon feminist! That sounds like an oxymoron!”

Carol Lynn Pearson explains ways she has claimed a voice and encouraged others to do so.

As American feminist thinkers and organizers, we’ve walked a long road since then, a road that has led us farther and farther away from religious discourse and Christian justification. Our reasons have been good: We didn’t want to limit or exclude. We didn’t want to direct all feminists down a single philosophical path.

During the past five years I have read the Book of Mormon more than a hundred times both while working on The Easy-to-Read Book of Mormon and later. In retrospect, I am astonished that it took so many readings and a focus on the question of using gender-inclusive language in the simplified version to discover something that should have been obvious to me from the beginning: females scarcely figure or matter in our sacred books.

I must admit that the immediate reaction to the “Mothers” speech — largely negative in my immediate circle — caught me off guard. I was meeting with a group of women on the night that it was broadcast, and my husband, Paul, thoughtfully recorded it for me. I listened to it the next day, mentally observed that the speech had a decidedly old-fashioned ring to it, and used the tape to record 3-2-1 Contact for our son, Christian. I was immediately sorry

Women in the Mormon Church are encouraged toward traditional roles and attitudes that discourage personal, familial, and societal change. The ideal female role is that of a non-wage-earning wife and mother in a nuclear family where the husband is the provider and the woman’s energies are directed toward her family, the Church, and perhaps community service.

While an examination of that history leaves unanswered the question of women’s ordination to the priesthood, the historical overview of LDS women’s relationship to priesthood suggests a more expansive view than many members now hold.

In seeking to predict what might occur in the Church if priesthood were extended to women, it is helpful to focus attention on some of these organizational dynamics.

1981: Red issue, especially the following articles
Carol Cornwall Madsen, “Mormon Women and the Struggle for Definition: The Nineteenth-Century Church,” Sunstone 6 (November – December 1981): 7 – 11. Rpt. Dialogue 14.4 (Winter 1981): 40 – 47.
I am sensitive to that steadying hand as I attempt to identify and define what for an earlier generation of women identified and defined them as women—their relationship to the Church. The individual variables, including the level of commitment and the extent to which any individual allows an institution to affect his or her life, impede the process of generalizing
Laurel Thatcher Ulrich, “Pink Dialogue and Beyond,” Dialogue 14.4 (1981): 28 – 39.
Some time in June 1970,I invited a few friends to my house to chat about the then emerging women’s movement. If I had known we were about to make history, I would have taken minutes or at least passed a roll around, but of course I didn’t.
Nadine Hansen, “Women and Priesthood,” Dialogue 14.4 (1981): 48.
I smiled wryly at the cartoon on the stationery. The picture showed a woman standing before an all-male ecclesiastical board and asking, “Are you trying to tell me that God is not an equal opportunity employer?” I thought to myself, “Yes, that is precisely what women have been told for centuries.”

During the spring of 1977, Utah’s two major newspapers began their coverage of what was to become one of the hottest political controversies of the year: the Utah Women’s Conference authorized by the National Commission on the Observance of International Women’s Year and scheduled for June 24-25

While to all outward appearances we had nothing to complain of, the first meeting was an impassioned exchange of frustrations, disappointments and confessions. We had expected some serious confrontations because all attending are not in complete agreement on various issues, and there were some. More notable, though, were the shared feelings and mutual support that emerged.

***
For more thoughtful and fascinating treatments on a variety of subjects, consider becoming a subscriber to Dialogue today.