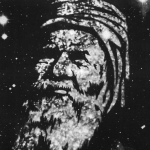 In Winter 2010, Chris Smith and I published an article in Dialogue demonstrating that no more than~56 cm of papyrus can be missing from the interior of the scroll of Hôr—the papyrus JosephSmith identified as the Book of Abraham. John Gee has re-sponded by claiming that our method is “anything but accurate”and that it “glaringly underestimates the length of the scroll.

The ultimate success of any existing or future theory will depend on its ability to account for all of the evidence, including the fact that there was simply no room on the papyrus for anything besides the Breathing text

In 1967, The Metropolitan Museum of Art in New York made a gift to the Church of Jesus Christ of Latter-day Saints of eleven papyrus fragments once owned by Joseph Smith and employed as the basis for “The Book of Abraham.”

It is therefore no wonder that apologists for Joseph Smith as a translator are so anxious to divorce him from 1) the “Egyptian Alphabet” manuscripts—a futile attempt, since one was in his own handwriting and the remainder followed his lead; and 2) Book of Abraham manuscripts la, lb, and 2, which were simply scribal copies of his dictated “translation.”

Bradley J. Cook, “The Book of Abraham and the Islamic Qisas al-Anbiya’ (Tales of the Prophets) Extant Literature” 127 – 146.

“Perhaps the most controversial and intensely contested revelatory claim of Joseph Smith Jr. is his translation of ancient papyri ostensibly written by the hand of Abraham.”

The matter which I propose to examine is whether the “present understanding of Egyptian religious practice” supports Joseph Smith’s explanations of the facsimiles found in the Book of Abraham. In addition, I will discuss the contribution which a study of Egyptian history can maketo our understanding of the nature of this book of scripture.

In his stimulating article, “Knowing Brother Joseph Again: The Book of Abraham and Joseph Smith as Translator” (DIALOGUE, Winter 1989), Karl Sandberg seeks to explain the Prophet Joseph Smith’s translation of the Book of Abraham almost exclusively in terms of seership (where one does not necessarily actually view the material being deciphered, as opposed to using prophetic gifts to bring to light what was previously hidden or unknown).

“The problem took another turn when Joseph Smith’s papyri, which had been missing and presumed lost for eighty to ninety years, resurfaced in 1967 and were examined and translated by Egyptologists. One fragment of papyrus was identified as the ostensible source of the Book of Abraham, but it bore no relationship to the Book of Abraham either in content or subject matter.”

Latter-day Saints, with other groups in the Judeo-Christian tradition, accept as scripture the stories of creation found in Genesis 1-3 but are unique in accepting as scripture three other parallel versions of the same stories. These include chapters in the books of Moses and Abraham brought forth by Joseph Smith, Jr.

Abraham presumably antedates Pythagoras by 1,500 years or so. According to the Book of Abraham, Abraham knew Mesopotamia and Egypt and was interested, or at least informed, in astronomy.

The speed with which photographs of the Joseph Smith Egyptian Papyri were published once they came into the possession of the Church of Jesus Christ of Latter-day Saints is a gratifying contrast to the secrecy with which their previous custodians surrounded them.

Richard A. Parker is the Wilbour Professor of Egyptology and Chairman of the Department of Egyptology at Brown University. His primary interest is in the later stages of Egyptian language and history. He remarks that the BOOK OF BREATHINGS is a late (Ptolemaic and Roman periods) and greatly reduced version of the BOOK OF THE DEAD

Richard P. Howard, “The Joseph Smith Egyptian Papyri: Translations and Interpretations: A Tentative Approach to the Book of Abraham” 89 – 92.

However, several developments since 1896 indicate the need for a more definite, if tentative, statement on the part of the Reorganized Church. These developments seem to require forthright clarity in the direction of questioning the 1835-1842 linguistic skill of Joseph Smith, Jr., as a translator of ancient Egyptian symbols.

It now appears that the papyrus fragments recently recovered by the Church of Jesus Christ of Latter-day Saints include the text used by Joseph Smith in his efforts to translate the Book of Abraham.

Richard A. Parker, “The Joseph Smith Egyptian Papyri: Translations and Interpretations: The Book of Breathings” 98.
Facsimile No. 2 seems to have been reconstructed in a peculiar way. First, areas that are blank in the “Egyptian Alphabet and Grammar” have been filled in with characters from other documents.

The investigation of the Book of Abraham has still far to go before’ we can start drawing significant conclusions. Even the first preliminary stage of the operation is by no means completed, for we still have to determine exactly what the relationship was supposed to be between the official text and the Egyptian papyri in the possession of Joseph Smith, and how Smith treated the papyri.

It took little time to verify the authenticity of the find. The file containing the papyrus manuscripts also contained a letter signed by Emma Smith Bidamon, widow of the Prophet, showing that Joseph Smith was once their own

There are eleven documents. In addition, there is a letter of presentationfrom the family of Joseph Smith. The documents in question are fragments offunerary papyri; that is, fragments of long scrolls containing texts intended for the benefit of the deceased and placed in the dead man’s tomb.

Relevant blog post:
“The Book of Abraham” by Kevin Barney